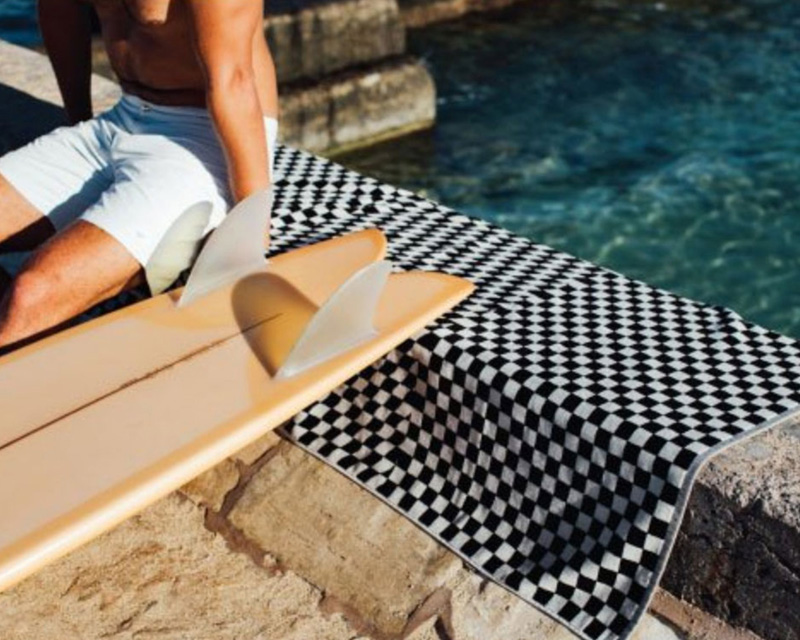 Slowtide is a Californian and Hawaiian brand of beach towels and ponchos. It includes an artist collective composed of Kyle Spencer, Wylie Von Tempski and Dario Phillips. This group of artists share the same vision and created Slowtide by combining their passion for art, surfing and creating unique products that reflect their lifestyle.

Slowtide's goal is to propose a new medium for art: the beach towel. Whether for graphic designers, illustrators, painters or photographers, Slowtide conveys the message of these artists through its napkins.

Based between Hawaii and California, Slowtide links art with the ocean and water. She is inspired by Hawaiian or Californian Beach Culture to create unique and authentic designs. The brand then developed into the small artistic milieu of alternative surf culture. By collaborating with media such as What Youth, Aloha Beach Club and General Admission.

What Youth is a surfing, skateboarding and travel medium for aficionados and enthusiasts. The magazine is the retransmission of a deep passion that has been formed through the many experiences of life. Going off the beaten track, eating unknown foods or listening to music groups that come out of nowhere, that's the primary function of What Youth.

Beyond the primary function of a simple media voice, it is a source of living and breathing noise for those who seek to escape from their daily lives. No matter how it is done, whether by skateboarding or surfing, What Youth documents how an individual escapes the clutches of society.

Alana, Kyle's wife was comfortably seated at the beach to enjoy a beautiful day of surfing and sunshine, when Wylie, a friend joins them and throws away her new vintage towel that she had just found in a garage sale. Both are amazed and admire Wylie's beautiful towel.

Later that evening, Kyle and Alana do some research on the Internet to get a cool and casual vintage towel. After several hours of research, nothing... That's when Kyle realized the opportunity this could represent. He decided to create a brand of well-designed napkins, with a cool and artistic look.

This is how the avant-garde brand Slowtide was born. Today it is specialized in the manufacture of towels, but also ponchos and other beach accessories.

The brand allows Hawaiian and Californian artists to promote their work and offers a beautiful medium to make them known to the general public. Alana and Kyle both grew up in Hawaii, as did Wylie Von Temsky, who was born on Maui Island. Hawaii is therefore part of the brand's DNA, which is inspired by the local artistic community and this paradisiacal environment for the collections it develops. Each season Slowtide collaborates with a Hawaiian artist to pay tribute to the island's culture.

In the early years, Alana and Kyle had little experience and didn't really know how to run a business. They were soliciting the surf and art shops they knew and then, by persevering, the brand finally took over.

At first, it is the artistic influences of the founders that are highlighted by the napkins. Then as the brand takes shape, the artistic horizons multiply and diverge, creating a real range of completely different possibilities and styles.

Slowtide has collaborated with Jeff Canham, artistic director of the surfer magazine, and artist who helped define the alternative sub-culture of surfing in the 2000s. Jeff Canham regularly works with Mollusk, Vissla, and other major brands in the surf industry. He is also regularly called upon to create shopfronts or coffee hype in the streets of San Francisco, California.

Takashi Murakami who is a key figure in the Japanese art scene. He has enjoyed great success on the international scene through his unique and unclassifiable work. He invents an original language, characterized by an audacious mix of influences, genres, periods but also supports.

Tara Michie and Clark Little, a famous Hawaiian photographer, have also collaborated with Slowtide on a regular basis.

Clark Little is an award-winning photographer who was born in Napa, California. In 1970, at the age of 2, he moved to the north coast of Oahu, Hawaii. This changed his future in a drastic way. In the 1980s and 1990s, he made a name for himself as a pioneer in surfing the shorebreak of Waimea Bay.

Clark's unique talent was to be able to engage in monstrous waves on the edge. Today he has received several awards for his work and participates every day in the development of Hawaiian culture.

For artists, napkins are a blank canvas that allows them to put different styles of artwork, whether it is modern art, classic art, a photo print or images from the surfing world.

Slowtide has no particular style in its selection of artists, the brand is guided by encounters and life, and this leads to a panel of very different collaborations and a selection of products just as different.

For example, Slowtide collaborated with Acacia, a Hawaiian bikini brand, and then just after she developed a towel model with Stussy, one of the leading streetwear brands.

Slowtide towels inspire people to get out of their homes, to go to the beach, the gym, the pool or picnic in the wild. Slowtide towels are ready to accompany people to their corner of paradise, wherever they are.

Thus, unlike most big brands that try to do too many different things, Slowtide focuses on its category and tries to develop an artistic and well designed product so that the greatest satisfaction of the user. A bright future for an emerging brand that supports a broad and dynamic artistic movement. 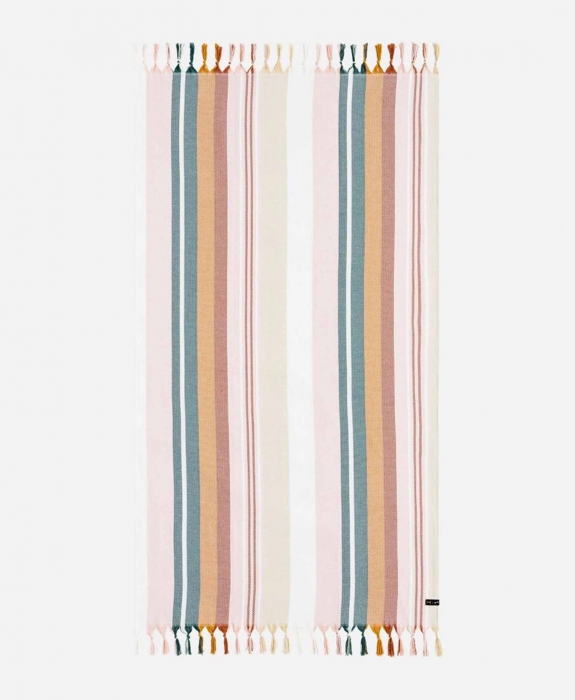