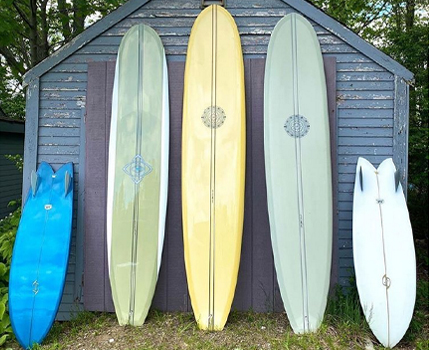 Bing Copeland, founder of Bing Surfboards, was born in 1936. In the late 1940s, Bing became friends with Greg Noll. The two children met on the docks of Manhattan Beach and watched the old surfers on large redwood surfboards.

Bing Copeland was introduced to surfing at an early age. He was barely 13 years old when Dale Velzy loaned them their first board. An 8-foot redwood that weighed more than the two children combined.

Dale Velzy was a lifeguard at sea but also a legendary surfer and shaper, thanks to him, Bing Copeland and Greg Noll learned a lot about the ocean, surfing, but also board making. Indeed the two children spent a lot of time in Velzy's first workshop, helping to clean, sweep, make wooden daggerboards and even repair the boards.

In 1954, when Bing just graduated from Mira Costa High School in Manhattan Beach, he became a lifeguard at sea with his friends Greg, Vardeman, and Hap Jacobs. This first job allows them to save money and finance their first trip to Hawaii.

Thus, at the age of 19, Bing flew to Waikiki in Hawaii. He spends a lot of time with his friends Sonny Vardeman, Steve Vorhees, Rick Stoner, George Kapoo and Mike Bright, where they learn to surf the North Shore spots with George Downing, Buzzy Trent and Peter Cole.

The months go by and Bing gets a job as a coast guard with Rick Stoner. This allows them to spend two more years in Hawaii. Thus, they discover an unimaginable number of waves and surf the spots from the four corners of the island.

Inaugurating in the passage some of them. Bing Copeland is for example the first surfer to have rowed the terrifying wave of Waimea!

The two friends then decided to sail around the world. In 1958, they sailed to Tahiti, then Fiji and finally New Zealand where they introduced modern surfing and surfboards to North Island aficionados.

THE BEGINNINGS OF BING SURFBOARDS

Upon their return to California in the fall of 1959, Bing Copeland and Rick Stoner opened their first surf shop. Some time later, Rick Stoner decided to sell his shares to Bing, so that's how the Bing Surfboards adventure began.

Bing manufactures surfboards and quickly became one of the main players in the industry from the 1960s to the 1970s. The company is growing very fast and Bing has no choice but to expand its premises to meet the demand. It also recruits young talents such as Dick Mobley, Mike Eaton, Dan Bendiksen, John Mobley, Wayne Land or George Lanning and finally Dick Brewer.

At the peak of its activity, the company produced up to 40 boards per day. It was such a success that it was sometimes difficult to spend time with family. The key to this success was also linked to the team of professional surfers that Bing sponsored at the time. It was composed of David Nuuhiwa, Dru Harrison, Chris Schlickenmeyer and Rolf Aurness.

In the early 1970s, a new trend put the company at great risk. It was the time of the Back Yard Board and No Label surfboards. Bing and many shapers had difficult years at that time.

The Campbell Brothers had joined Bing's team and were focused on making shorter boards. Despite these attempts to turn the company around, sales had drastically decreased and it had become difficult for Bing Copeland to imagine being able to get by.

So he and his wife Conley decided to sell the company and change their lives. They also wanted to protect their children from the drug scene that was increasingly present around Hermosa Beach. Thus, the family moved to Idaho.

Bing Surfboards was bought by Gordon & Smith in 1974, then Mike Eaton continued to spread Bing's legacy until the late 1990s.

In the early 2000s, the Copeland family spent most of their winters in Baja California, Mexico. Bing surfs one of his favorite spots when a young man approaches him and claims to owe him royalties for making and selling Bing & Rick surfboards made for Rick Surfboards.

The young man who was none other than Matt Calvani, proposed to Bing to take over and continue to share the story of Bing Surfboards. After talking to Mike Eaton, he accepted and passed the legacy on to a new generation of shapers.

THE BEGINNINGS OF MATT CALVANI

Matt Calvani began in the surf industry as Tom Stanton's apprentice in South Bay. Tom was at the time a famous shaper and airbrush. He passed on the art of airbrushing to Matt and also introduced him to the shape.

In 1988, Matt Calvani made his living as an airbrush, and in his spare time, he went to Wayne Rich's studio to perfect his skills and shape technique. Finally Matt moved to Hermosa Beach and moved into the offices of Shoreline Glassing, run by Hap Jacobs.

The latter hired Matt for surfboard decoration projects. Hap was so satisfied with Matt's work that he offered him a part-time job as a shaper shortly afterwards.

In 1993, Matt was hired full time at Becker Surboards. He quickly became the main shaper of Phil Becker's board production. Matt then shaped for many professional surfers such as Greg Browning, Geoff Moysa or Pascal Stansfield. He makes more than 25 shortboards a week in addition to Becker Surfboards' longboards and midlenght.

In addition to his work at Becker, Matt Calvani couldn't help but shaper traditional longboards for Lance Carson and Rick Surfboards in particular. He developed a passion for this kind of shape and that's how he decided to move towards a more traditional board style.

In 2000, Matt met Bing Copeland and decided to take over Bing Surfboards with Mike Eaton's approval. Matt also took over Jacobs Surboads in 2004 when Hap decided to retire.

Demand is growing and Bing Surfboards is taking off again, driven by the talented Matt Calvani who shares with the world a legacy from the history of surfing and American board making. 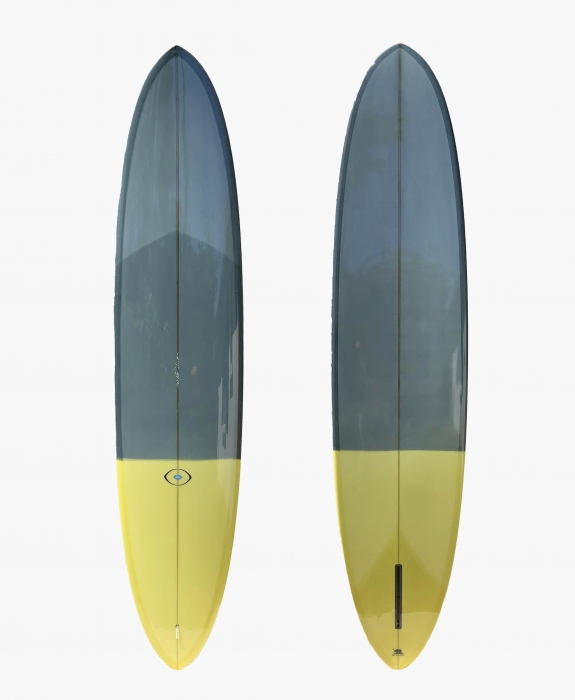 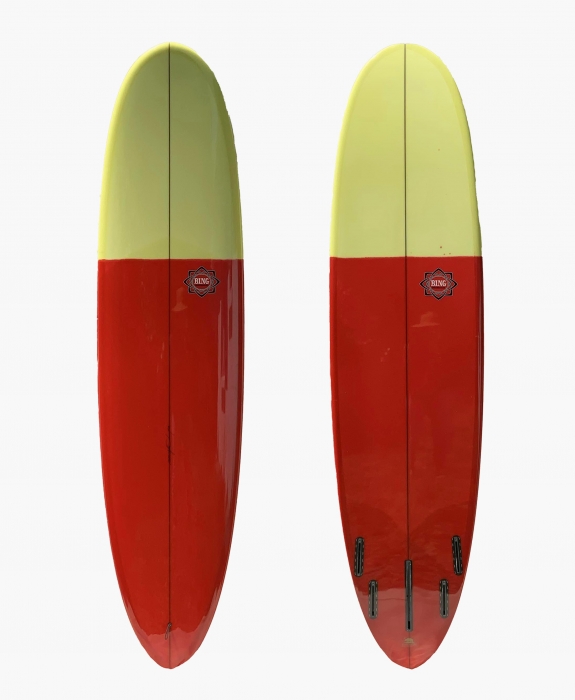 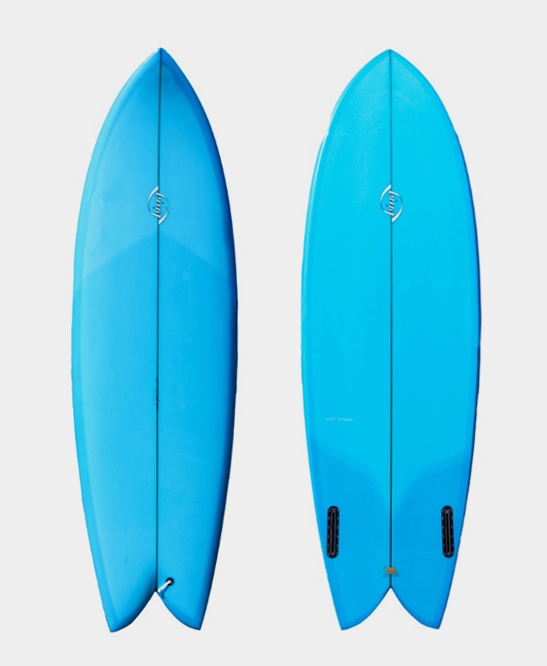 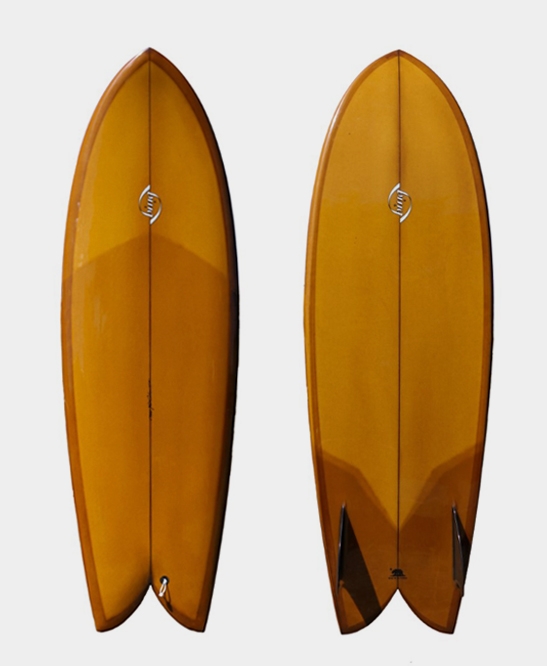